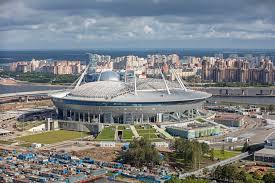 Some time in 2005 as part of preparations for a (highly controversial but nevertheless successful) bid for the 2018 FIFA World Cup the government of Russia decided to build a brand-new soccer stadium in Saint Petersburg. The building phase started in 2007 with the government allocating US$268 million for the construction of the stadium.

Interestingly enough the construction that was initially supposed to end in March of 2009 continues until now, with “some cosmetic changes to be finished soon”. As of right now the stadium is astonishing 518% late and 548% over budget (see Tables 1 and 2).

Unfortunately there are no official reliable sources of information regarding the root causes of these failures. However, based on the reports of various newspapers there were two major causes of delays, cost overruns and quality issues: poor planning and rampant corruption.

Some of the issues encountered during the construction of the Krestovsky Stadium.

As a result of this, FC Zenit Saint Petersburg, who inherited this stadium with all of its problems from the Russian government for 1 (one!) rouble refused to use that field for its Russian Premier League games.

And finally, just for comparison purposes, take a look at this picture: