In the table below I have complied my own "cheat sheet" for the most typical estimation mistakes committed by project managers (see Table 1). 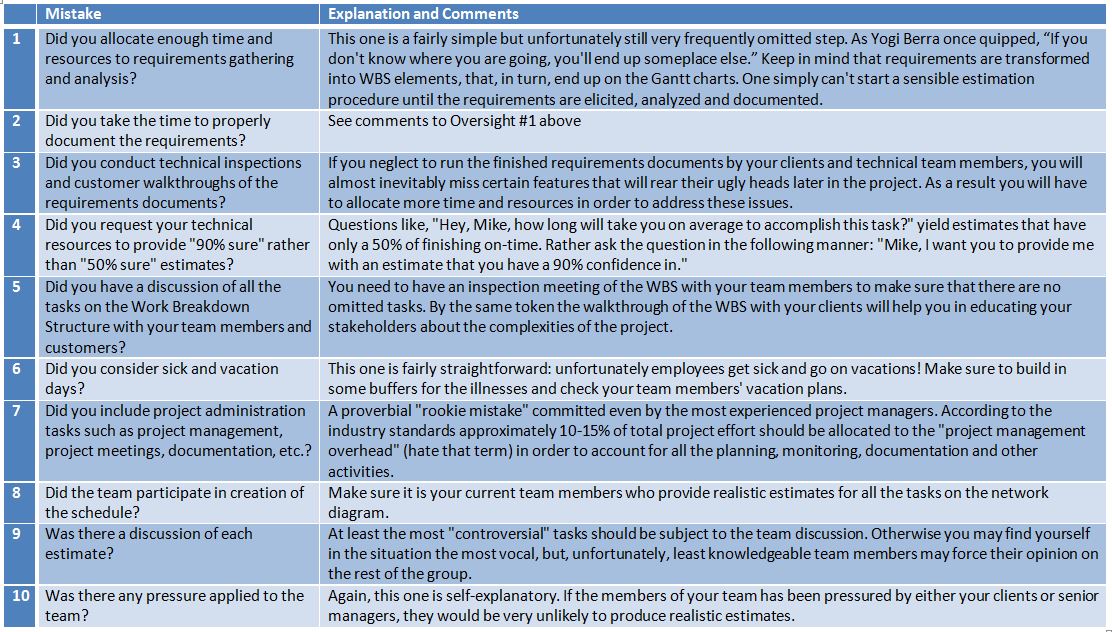 Do you think I was able to capture the most important ones or can you add other estimation mistakes to this list? Please leave your comments below.